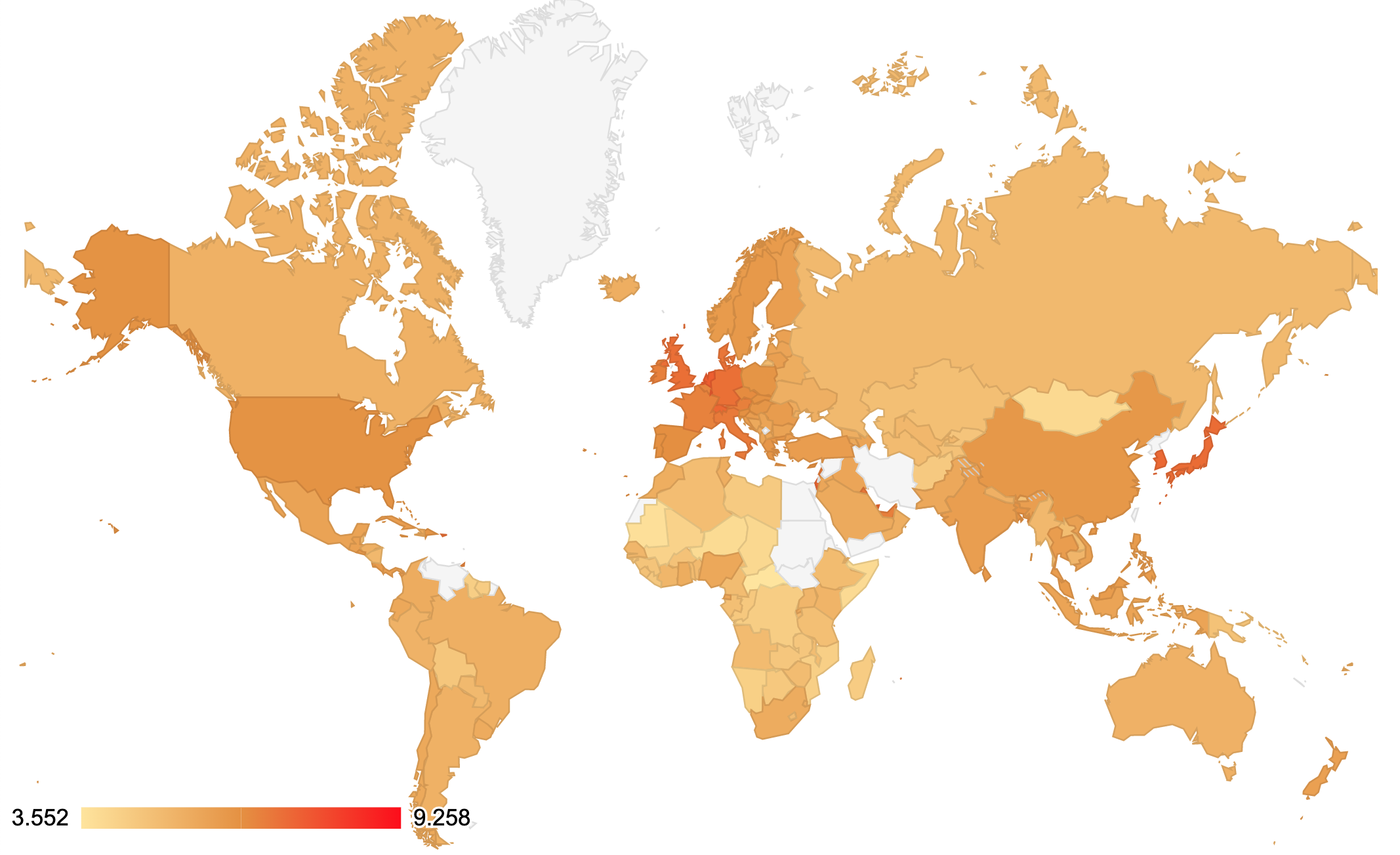 
Amongst more than a dozen metrics that can be used to measure economic prosperity, GDP Per Unit Land Area doesn’t seem to get much attention. Nonetheless, it is an interesting metric to look at and gives a new definition of “rich” countries.

The data is highly varied which makes it impossible to use a linear scale for the map. To make it easier to compare different countries, the map below uses a logarithmic scale meaning an increase of one on this scale is equal to a ten-fold increase in the actual values of GDP per Unit Land Area.

It is clear which countries are doing a good job of using their land to benefit their economies. Most of Europe and the two Asian powerhouses, South Korea and Japan come up at the top. Although not visible on the map, the top three: Macao, Singapore, and Hong Kong top the list by far. It is no coincidence that these three are “city-states” which explains their insanely large GDP’s in proportion to their miniature sizes.

Unsurprisingly, the three economic giants: USA, China, and India do relatively well each scoring more than the world average. However, they are still far from the top of the list which is mostly filled with much smaller, more densely populated countries.

The table below lists out the calculated value for GDP Per Unit Land Area for all of the countries and regions for which 2018 data was available from The World Bank Group. This spreadsheet was used to compile this data.

Spreadsheet used to compile this data.